I have known Cole Porter since 2004 from a movie called De-Lovely starring Calvin Klein and Ashley Judd. I am always into musicals and I decided to buy the DVD. Shortly after watching it, I fall in love with that kind of music (which I am not sure which genre is that). Is it jazz? Hmm, whatever it is, I enjoyed most of his music.

My favorite songs are “It’s De-lovely”, “Well, Did You Evah”, “Let Do It (Let’s Fall in Love)”, “Anything Goes” and “So In Love”. P.S: Robbie Williams has made several cover of his songs.

I have an opportunity to saw a concert today in Royal Festival Hall, Southbank Centre, 45 mins from my flat. I bought the ticket on the spot (thanks to my impulsive-self). Anyway, since it was Cole Porter’s, most of the audiences were concessions haha. I think I am the youngest person there *sigh. The shows was unforgettable! Worth every penny. 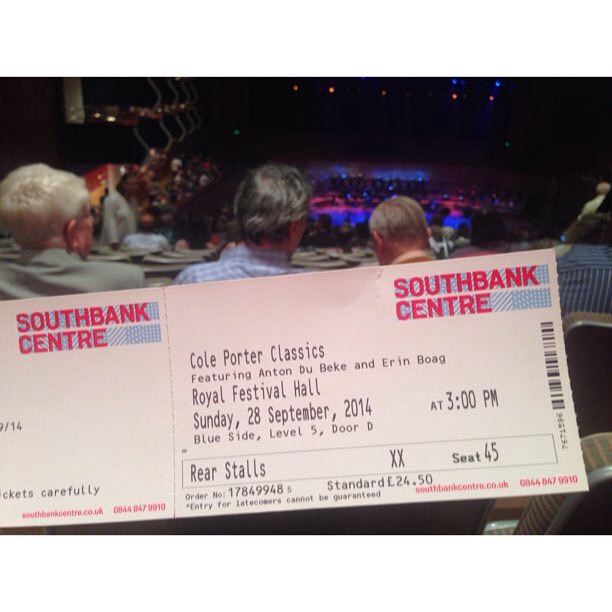